KINGSTON — They joined hands and jumped up, kicked the ground with their heels and toes, and at one point faked a scolding by wiggling their fingers at an imaginary boy named Johnny.

That last bit was part of a Polish folk dance, and the 12 members of the Good Shepherd Academy Dance Club who showed up for a recent after-school dance session seemed to particularly enjoy singing the lyrics to it:

Taught by their music teacher, Raphael Micca, the youngsters also practiced a spirited hoedown-style square dance, a stately court dance which resembled a celebration of ‘Downton Abbey’ and an Irish dance called Bridge of Athlone which involved dodging take turns through a tunnel of the other children’s arms.

At the time of the Virginia Reel, the dancers made their way through two lines, giving each a whirlwind like generations before them have done.

“It goes back to England in the 1500s, and it was popular in colonial America,” Micca told his proteges. “They did it at Christmas parties and it gave them the opportunity to say hello, or good night and Merry Christmas to everyone.”

With all those elbow bends, Micca warned students they might get dizzy. But, he said, “the dizziness is part of the fun.”

The Good Shepherd Academy Dance Club has been doing well since the troupe of dancers and singers Colorful China brought a touch of Asian art to the Kingston school in October.

Micca had asked for volunteers to learn American-style dances to show visitors, and after this cultural exchange effort, some children wanted to continue dancing.

“It’s the core group,” he said, adding that all other students are welcome to join them on Mondays after school.

So why do these kids love to dance so much?

“You can see your friends every week,” 10-year-old Heidi Williams said.

“We get to do a lot of dances from different cultures,” said 11-year-old Jordyn Dutko.

By the way, what does gym class look like at Good Shepherd?

“I prefer dancing,” said Cally Williams, 10, who is not related to Heidi.

“I love them too,” 11-year-old Delaney Butler said.

When a reporter asked the group if dancing was like a sport, all 12 raised their hands to say yes.

“It takes a lot of time and practice,” said 12-year-old Jack Riley.

Some club members said they shared what they learned.

Lily Wickizer has a 4 year old little sister with whom she wants to share the stages. “She doesn’t always listen,” Lily said with a puzzled smile.

Some of the dance club members have said they would like to perform, and Micca expects them to soon visit local nursing homes to do just that. But, he said, being in the club is more about participating and interacting with each other than being on stage.

“A lot of connections today are superficial and electronic,” he said, pointing out that dancers forge a more natural bond of friendship.

“If you had told me, even five years ago, that I would do this, I wouldn’t have believed you,” he said. “When I took a dance class at school, I was petrified.”

At a more recent intensive music lesson in West Chester, Micca said he became intrigued by the folk dance the teacher insisted on.

Deciding he “needed to know more,” he then signed up for a week-long class in West Virginia, sponsored by the Country Dance and Song Society.

“As I drove to the place, I thought, what am I getting myself into? But it was a really transformative week,” Micca said, describing a moment when about 100 dancers joined hands in a line that twisted and turned so each person could “walk past all those smiling faces.”

Micca recreated a scaled-down version of this scene at the end of a recent dance club session, inviting the Good Shepherd dancers to join hands and follow him in a graceful, flowing line that formed concentric circles. .

“We go around in circles”, they sang while dancing. “We hold hands and weave our lives in a circle. Our love is strong and the dance continues.

“I love this post,” Micca said afterwards. “And I want them to see the beauty and the fun of dancing in a healthy way.”

A traditional dance called the Virginia Reel gives each person a chance to turn most participants around by the elbow. Here, Heidi Williams and Jessica Phares do the honors. 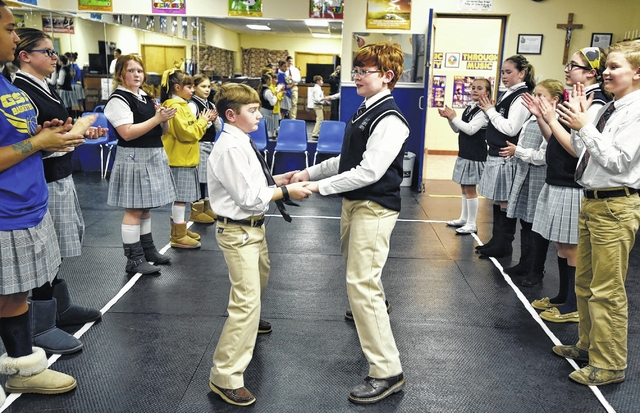 Hunter Wesolowski and Jack Riley, both 12, hop sideways, or chased, between two lines of dancers. 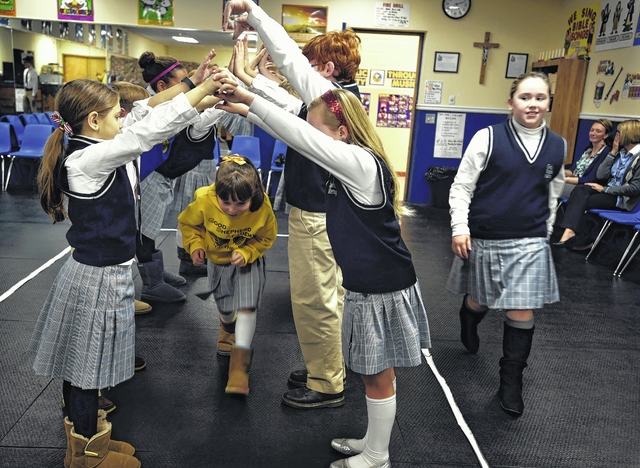 Avery Cole, 11, makes his way through the tunnel of classmates as his partner Jessica Phares, 11, circles outside to meet her at the bottom of the line. 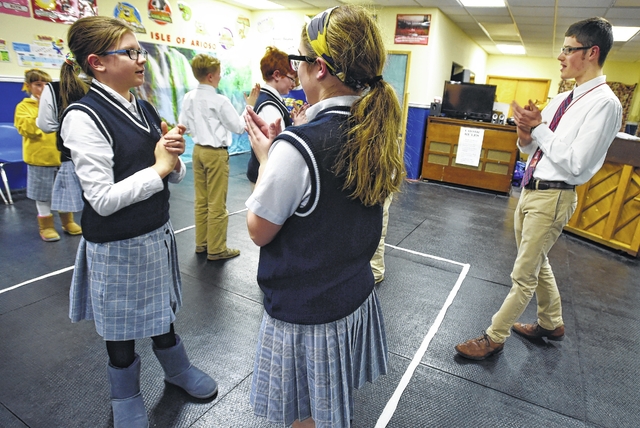 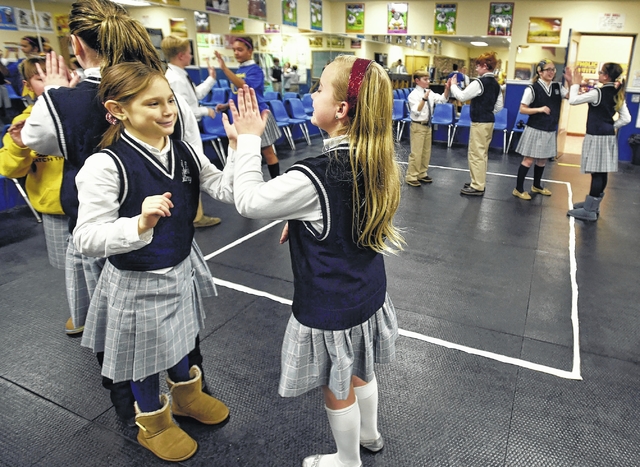 Heidi Williams and Cally Williams, both 10 years old and unrelated, work on the hand sequence that is part of a folk dance. 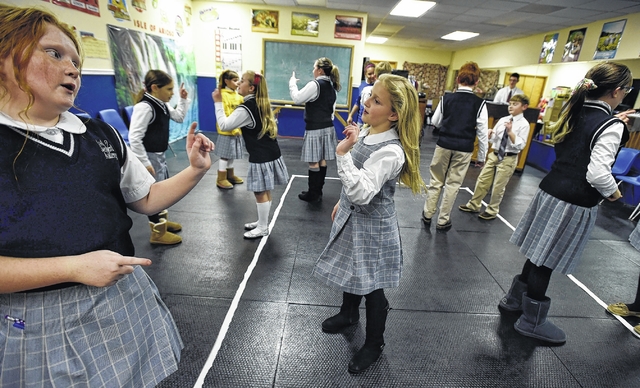 As they practice an ethnic folk dance, 11-year-old Delaney Butler and 9-year-old Mae Mathis Baliatico wave their fingers to scold an imaginary youngster for breaking a basket. “No, no, no, pay it and off you go!” are the words that accompany the movement.

When Notre Dame junior Ruth Hughes visited the college activities lounge in her freshman year, she felt a little nervous about joining the Notre Dame Swing Dance Club. However, Hughes, the club’s current chairman, quickly learned that the community was very welcoming to newcomers and enthusiasts. “Nobody ever made me feel judged even though I […]

New opportunity from the Loma dance club, all students are welcome! – Lomabeat.com

Dance played a big role in the life of Sophie Kairalla. Kairalla is a second-year marketing and graphic design student at Point Loma Nazarene University and danced competitively for 12 years, until she graduated from high school. As of fall 2020, Kairalla has been seeking a dance outlet on the PLNU campus. Due to students […]