GALION – A local dance studio wowed the judges and walked away with top honors at a major dance competition in Galveston, Texas.

Competitive dancers from the Eagle Dance Center, 110 Harding Way West, won a total of 26 awards in “Showstopper,” one of the nation’s largest dance competitions, during the four-day event in July.

“It was almost surreal; honestly, the whole week we were there,” said Anna Matney, who officially took over as owner and director of the studio on June 1. “I was delighted. It was pride, honestly. It was definitely a good week for us. 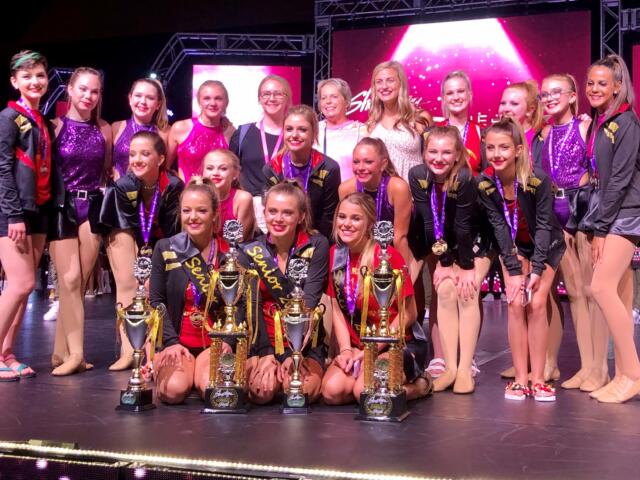 The group won first place for their number “Scooby Mi Pa Pa” in the Teen Performance Large category and placed second in the same category for “Rain on Me”. They also won in the Senior Performance Small category for the “Die For” routine.

Kira Metzger, Emma Shaffer and Olivia Bower took third, fifth and seventh place respectively for their solo performances. In duos and trios, the team won five awards dancing to “Already Gone”, “When I Look at You”, “I’ll Be There”, “That’s My Girl” and “Please, Mr. Jailer” . 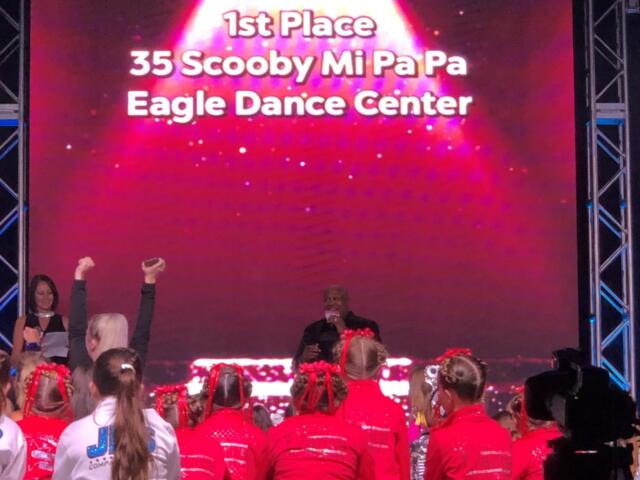 Emma Shaffer and Olivia Bower finished second for their “That’s My Girl” routine, while Shaffer, Bower and Sydney Eckert finished third for “Already Gone.” Fourth place went to the duo of Bower and Carly Kent, who danced to “When I Look at You.”

Isabelle Pohlabel and Adalie Flick, who performed on “Please Mr. Jailer,” placed sixth overall for their duet. To complete the general classification, Autumn Miller and Alexis Cawrse, ninth, won their duet “I’ll Be There”. 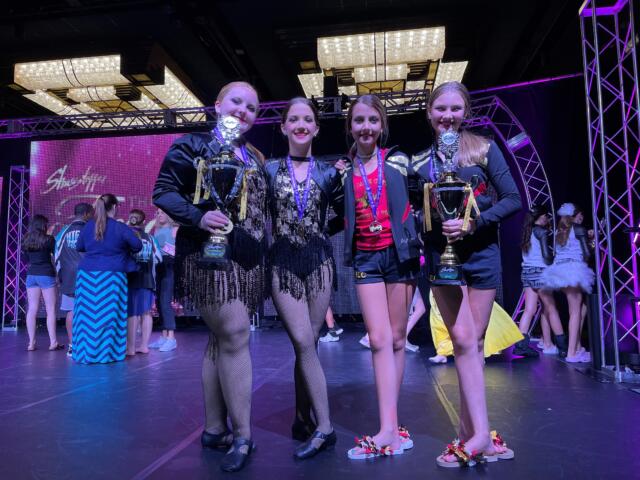 Another trophy for the premiere was awarded to the dancers participating in the “Die For” routine – Sydney Eckert, Olivia Bower, Emma Shaffer, Melanie Wheeler, Kira Metzger, Jillian Hart, Carly Kent and Alexis Dure.

As a surprise, Matney said, the studio’s longtime owner and founder, Shannon Eagle of Galleon, also showed up at the competition to offer support and encouragement to him and the team. Eagle announced his retirement earlier this year.

Matney, a center dancer since she was three, said Eagle was her coach and mentor.
“My whole life has been around dancing.

I’ve done it my whole life, but not to this extent, to reverse things and not be on stage.

The downtown studio has grown significantly over the years, Matney said, and now has 23 competitive dancers and another 100 girls enrolled in the program, ages 3 to 18.
The dancers, she said, hail from Crawford and surrounding counties.

Matney, a Galion native and a graduate of Galion High School, said she was thrilled to take over the dance center, especially since it’s her home studio. “Honestly, I’m just super excited to be putting down roots in Galion, County Crawford where I grew up.”

LEXINGTON, NC (WGHP) — For years, Kristie North and Beth Kennedy watched their daughters compete in dance. They see how it helps their daughters gain confidence and make friends. The two decided they wanted to create that kind of atmosphere for the other kids. After years of talking about it, they opened Allegiance Dance Company […]

HANFORD — The staff, dancers and volunteers of PATY’Studio are delighted to present June’s annual recital production titled “TIME!” “After almost a year and a half without being able to be on stage or have a real live audience due to COVID-19, we are beyond thrilled! More than words can express, that our production of […]

TOWN OF PEWAUKEE – A conditional use permit for a dance studio, prop storage and prop rental business along Green Road was approved by City Council this week. According to city documents, the permit was requested by the Brookfield Center of the Arts for a location at N30-W23383 Green Road. The business will combine two […]