The first time Rachel DuBusky walked through the doors of Dance Ten by Pam Rossi studio in Moorpark, she was 7 years old with her mother by her side. 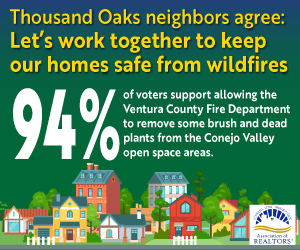 “Any kind of change, I always say, is the art of letting go,” said Pam Rossi, former owner and manager. “The best feeling is knowing that letting go is in very good hands, and so I’m grateful for that.”

After dedicating herself to teaching generations of Moorpark dancers the importance of self-discipline and teamwork, Rossi said she’s ready to step away from the studio and focus on her husband and his two sons.

Although she looks forward to spending more time with her family, she will miss spending time with DuBusky, who she says has become like family.

“She definitely looks more like a girl to me,” Rossi said. “I knew she would see it and not let it go and build it up and keep the grace and dignity that our reputation as a studio has had all these years.”

Rossi, who grew up teaching in her mother’s dance studio, pursued a career as a professional dancer, performing on hit television shows like “Solid Gold” in the 1980s. teach at the studio at 650 Flinn Ave. and became its owner in 1992.

“After 29 years, I feel truly honored to be able to pass the baton to Rachel, who trained with me, was one of my students, grew up in the business and babysat my children. “Rossi said.

Rossi taught DuBusky the importance of patience and kindness, DuBusky wrote in an email.

“She’s been like a second mother to me,” DuBusky wrote. “Growing up in the studio myself, I learned about dedication and the importance of integrity to keep your word.”

DuBusky, who is renaming the studio Solid Gold Dance Inc., wrote that she hopes to honor Rossi by “keeping the love of music, movement, and friendship alive.”

Rossi said she saw herself a lot in DuBusky’s communication and leadership skills.

DuBusky’s mother, Jane, served as the studio’s dance company coordinator under Rossi and will continue in that role now that Rachel is in charge. Although her daughter has always had a caring personality, she said Rossi helped build her confidence in teaching and choreography.

“She wants to be successful in something she loves,” Jane DuBusky said. “She feels like she has a lot of ideas and things to offer.”

Her daughter’s priority is to help every student become a good person.

“What matters most to her is inclusion,” Jane DuBusky said. “She wants everyone to feel comfortable in the studio, that’s her main goal.”

“My goal is to have a safe place for any child to walk through the door and feel like they’ve found a second home,” DuBusky wrote. “My motivation as a teacher and now owner is to see the positive impact dance can have on a child’s soul. Watching them grow from sweet little dancers to strong, caring and talented adults is beyond rewarding.

Rossi, who said she would always be passionate about dance and continue to support students, said she was confident DuBusky would continue the company’s success and reputation.

“It’s really a passing of the torch within the family, and we’re really happy to be able to continue what Pam started and her legacy,” Jane DuBusky said.

A Farmington dance team that competed in regional and national championships this summer came home with several impressive prizes for their efforts. On Stage Performing Arts Center is a competitive and recreational studio in Farmington now in its fifth season. The studio is located in Suite 198 of The Factory on West First Street. While […]

Local dance troupe Garcia Dance Studio celebrates 25 years in the Lompoc Valley with weekend performances that include a stop at the 69th edition flower festival Sunday afternoon. Despite two challenging years defined by the pandemic, Garcia Dance Studio owner and operator Laura Garcia said she was proud to announce 25 years of free family […]

A disabled dancer has returned to the stage after a ten-year hiatus, having finally found an accessible studio and teacher in Newcastle. Jasper Williams, 27, who is a Deaf wheelchair user, said the opportunity to re-engage with his craft has “worked wonders” for his mental health and well-being. The capital “D” is used to describe […]